It’s been less than 48 hours since I arrived in Berte. And now I’m on the high speed train from Nassjo to Sweden. It took me three hours to drive from Berte to Nassjo with a stop in Boras to swap a portable router from new half-brother 4th cousin Hakan at a gas station off a round about. This router will allow me to get internet in other countries. All I need to do is purchase a sim card. It makes GPS navigation possible when I’m driving without ridiculous fees. It was Hakan’s idea and he messaged me saying he could hook me up. What an angel.

So let me recount what happened only yesterday. These days seem to have multiple parts, feeling like three days in one. First, a shout out to my second cousin Karyn for all the ancestral sleuthing she’s been doing for the past oh my seven years???? regarding my father’s grandmother, Josephina Andersdotter. This visit in Berte, Sloinge, Asige, Slattalynga, Bixtorp, Tvaaker and other villages was only made possible by everything Karyn has uncovered and communicated as well as personal relationships she has made. I had a three page document from Karyn that spelled out where I should go and who I should contact. For five hours, I did that with Karyn’s words on the car seat next to me. From the little bakery in Soinge–and yes, the cardamom makes all the difference in their buns–

to the gravestones becoming the border in Tvaaker, 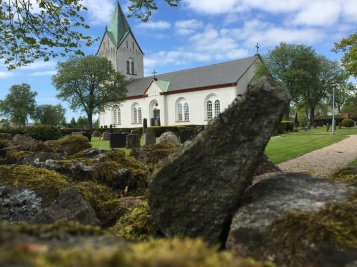 to providing me detailed locations for everything– 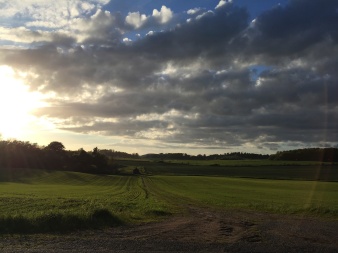 Thank you, Karyn! I drove and backtracked, looking for the haunts of Josephina Andersdotter.   My father’s grandmother. I wonder about his recollections of her. I know Karyn has some. I have none, born too late. What we do know is that when Josephina’s father died, her mother sent four-year old Josephina away to live with relatives where she lived with an uncle, doing hard farm work.  She grew up and eventually emigrated to America, met a Dane named Nils Petersen and married.

I emailed Ulf Johannson, our third cousin yesterday morning, saying I was in the area and I would love to meet him. Ulf emailed saying that he had a work meeting and the earliest he could meet me would be 8:30pm. Would I want to meet in the Asige graveyard? I already had plans to dine on home-cooked Swedish Elk at the B&B. Swedish Elk or Swedish Ulf? Mmmm. Meeting a relative was much more important. It was a good call.

Ulf blew me away. He has such VITALITY.

He oozes with energy, humor, generosity and what a great story teller. He told me that he lives two lives. He said that the meeting he attended was about a project where he is designing a building that produces more energy than it consumes. He left that to shepherd me through a graveyard and show me a small house on his farm where my great grandmother lived as a young girl in the mid 1800’s. He is hoping to renovate/restore it in the next 5-10 years. He mused how he has a foot in the future and one in the past. 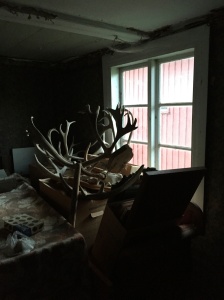 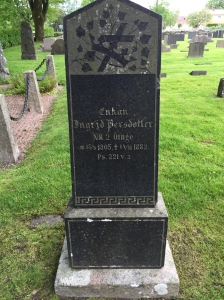 The countryside in this area is stunning. On its gentle hills, farms roll into each other. Villages are crossroads where in some cases, one or two farms bear the entire postal code. What makes this area magical is the light and the stone aged burial mounds and Viking standing stones jutting up in the midst of fields. Ulf told me that his father found stone age tools on their farm and Ulf was playing with one as a young boy and broke it. Oops! His father was none too happy. Thank you Karyn for sharing your work and your relationships with me here. Thank you Ulf for inspiring me to be as full and free and engaged in what you love at 55 as you are. Beautiful land. Beautiful people. 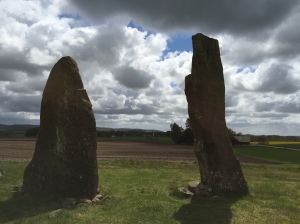 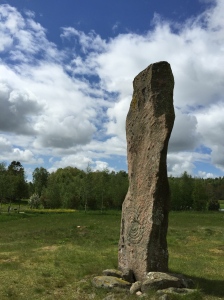 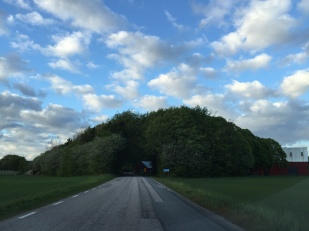 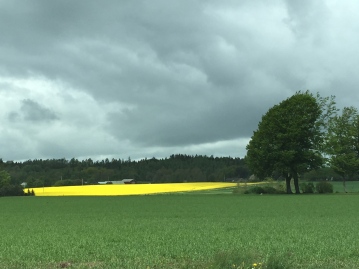 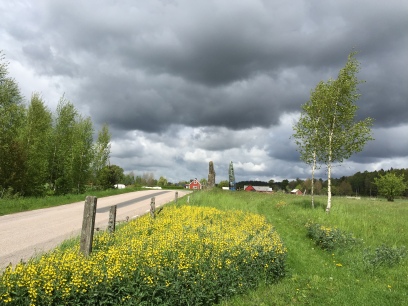