Here’s the now famous photo of Uncle Krist standing in front of a farm house in Denmark. 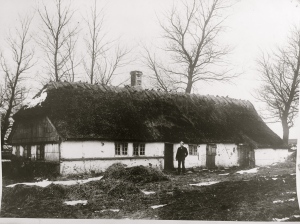 We know that Gramma Pete wrote on the back of one of the copies of the Uncle Krist photo:

“Judi, this is (was) your Great Grandfather’s home when he was a boy until he left for America about 1890. It was on a Orundel (sp? also looks like Arundel) Estate in North Central Denmark in the township or area called Swallerup. His name, I think, was Peter son of Peter (Petersen.) This is a thatched roof. The animals occupied the back of the building. The man in the picture is your great uncle Christ. The last of the brothers to emigrate to America. Gran”

We know the 1866 and 1867 birth records of Carl Ludwig and Nils Pedersen mention that their father and mother come from Philipsdahl.

Did Gramma Pete remember the name wrong?  Or did a family named Orundel/Arundel have the farm at one time?  Or are there two different farms?

When I asked locals about Phillipsdahl, they said “4 kilometers down the road” and another said “2 Kilometers down the road.”  They were right.   It’s practically hidden from the road except for a boulder that bears its name. Philipsdal 1.  On the map however, this corner property is spelled with an F–Filipsdal. 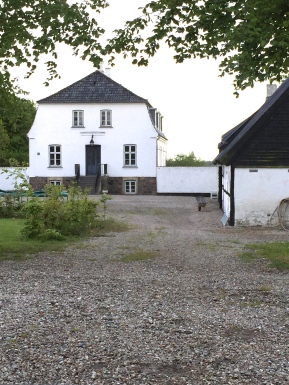 The buildings face each other in a square.  The main house, above, proudly holds court.  Flanked to its right is the building below–a barn of sorts with many rooms. 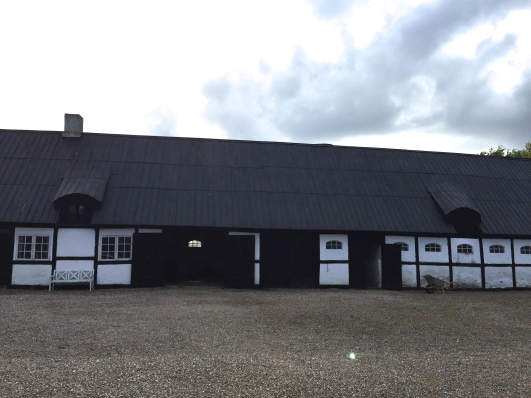 The barn structure above, one of the flanking buildings to the main house, is comprised of many rooms and stalls as are the barn structures on the property. The building to the back (in the distance below) houses the big tractors and plows.

The photo below gives you a sense of the grass and grounds around it.

I drove in and out of this farm many times in the two days I was there.  I peered through windows.  I snapped photos inside the barns below.  I took video which unfortunately won’t upload onto this blog.  The woman who I am guessing is the caretaker or wife of the caretaker only spoke Danish.  We were of no help to each other.  The only thing I could suss out from her is that they’ve been there a relatively short time.  The owner however was nowhere to be found. 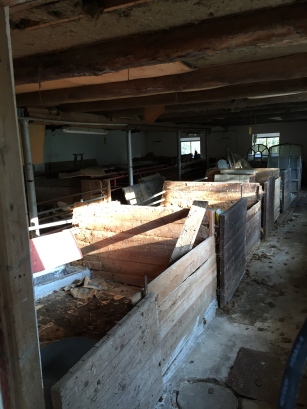 And then I got a break.  The owner of my B&B said that she knew the man who owned Filipsdal. Soren Dalsgard. I gave her my email address and she said that she would pass it on to him.  She and I became Facebook ‘friends’ so we could make this connection with Soren happen.  Perhaps Soren can give me some history of this property.

That’s as far as I got with the mystery of Filipsdal.

PS….Today was a travel day.  I drove from Svallerup to Copenhagen.  Then trained to Nassjo Sweden.  Then rented another car and drove here.   I’m hunkered down now in Huskvarna, near Jonkoping.  Tomorrow I switch my thoughts to Ardythe Ekdahl Petersen’s grandmother, Christina Johnson and her family.  But until then, goodnight.

One last happy image of Denmark: 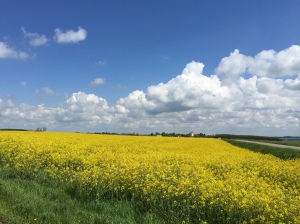